Majid Majidi was born on April 17, 1959 in Tehran, Iran to a middle class family. He started acting in amateur theater groups at the age of fourteen. After receiving his high school diploma, he started studying art at the Institute of Dramatic Art in Tehran. After the Islamic Revolution of 1979, his interest in cinema brought him to act in various films, notably Mohsen Makhmalbaf's Boycott (1986) where he played a frustraited communist and Ali Azghar Shadaravan's Teer baran (1986) where he played the role of real life character, Andarzgoo. Later, he started writing and directing short films. His feature film screenwriting and directing debut is marked by Baduk (1992), which was presented at the Quinzaine of Cannes and won awards at Tehran's Fajr Film Festival. Since then, he has written and directed many noteworthy films that won worldwide recognitions, notably Children of Heaven (1997), winner of the Best Picture award at the Montreal International Film Festival and nominated for the Best Foreign Film at the Academy Awards, The Color of Paradise (1999), which also won the Best Picture award from Montreal International Film Festival and set a new record of box office for an Asian film, and Baran (2001), which won several major awards worldwide, notably the Best Picture award at the 25th Montreal World Film Festival and received nomination for the European Film Academy Award.

One of five international directors invited by the Chinese government to create "Vision Beijing," a short documentary to introduce the city of Beijing for the 2008 Summer Olympics.
The Color of Paradise (1999) was chosen one of the best 10 films of the year in the US (2000).
Head of Jury of Montréal World Film Festival in 2002.
His film, Children of Heaven (1997), is the first Iranian film to have been nominated for an Academy Award (Best Foreign Language Film, 1999).
Has also published a novel.
He withdrew his film from a Danish film festival in protest against the Danish publication of cartoons satirizing Prophet Muhammad. 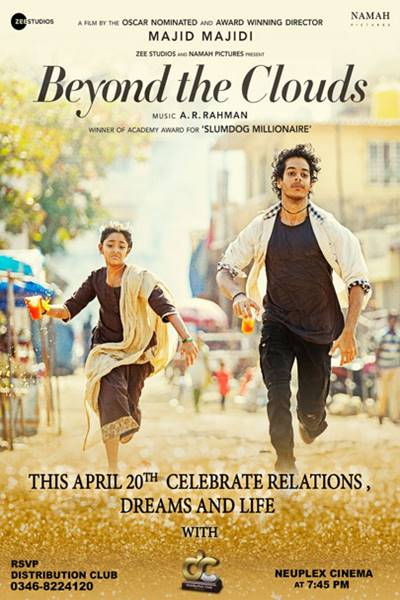