Elizabeth Stamatina Fey was born in 1970 in Upper Darby, Pennsylvania, just west of Philadelphia, to Xenobia "Jeanne" (Xenakes), a brokerage employee, and Donald Henry Fey, who wrote grant proposals for universities. Her mother is Greek, born in Piraeus, while her father had German, Northern Irish, and English ancestry. Going by the name of Tina, Fey considered herself a "supernerd" during her high school and college years. She studied drama at the University of Virginia, and after graduating in 1992, she headed to Chicago, the ancestral home of American comedy. While working at a YMCA to support herself, she started Second City's first set of courses. After about nine months, a teacher told her to just skip ahead and audition for the more selective Second City Training Center. She failed but about eight weeks later, she re-auditioned and got into the year-long program. She ended up spending many years at The Second City in Chicago where many SNL cast members first started out. Then in 1995, Saturday Night Live (1975) came to The Second City's cast, including Fey's friend, Adam McKay, as a writer, searching for new talent. What they found was Tina Fey. When Adam was made Head writer, he suggested Fey should send a submission packet over the summer with six sketches, 10 pages each. Tina took the advice and sent them. After Lorne Michaels met her and saw her work she was offered a job a week later. She admitted that she was extremely nervous working in the legendary Studio 8H; being a foot shorter than everyone else, younger, and being one of the only female writers at the time. After a few years, Tina made history by becoming the first female head writer in the show's history. Tina also made her screen debut as a featured player during the 25th season by co-anchoring Weekend Update with Jimmy Fallon. Since Tina and Jimmy have taken over Weekend Update it has been considered the best ever. This year she made it to full fledged star by becoming a regular cast member, though she is hardly on the show, besides Update. And during the past two summers, Tina and Rachel Dratch performed their two-woman show to critical acclaim in both Chicago (1999) and New York (2000) and made their Aspen Comedy Festival Debut. Tina is married to Jeff Richmond, a Second City director and lives in New York City.

Came out of Chicago's famed Second City comedy troupe, where she was a writer-performer.
Is the first-ever female head writer of Saturday Night Live (1975).
Was chosen by Entertainment Weekly as the #8 Entertainer of the Year for 2001.
Has one brother, Peter Fey, who is eight years older than Tina.
Met her husband, Jeff Richmond, when he was a Second City director. He is 10 years older than she is.
As a head writer for Saturday Night Live (1975) she has written the Old French Whore, The View, Sully and Denise and the Monica Lewinsky skits, among many, many others.
Her paternal grandfather, Heinrich "Henry" Fey, was the son of German immigrants, and her paternal grandmother, Mildred Ada (Ritchie), had English, German, and Northern Irish ancestry. Tina's mother is Greek, born in Piraeus, to Constantine "Gus" Xenakes and Vasiliki Kourelakos.
Was voted one of People magazine's 50 Most Beautiful People in the World.
Told Bust magazine in 2004 that she considers herself a feminist.
In her first session as a member of the Saturday Night Live (1975) writing staff, the 5'4" Tina found discovered that she was a foot shorter than the mostly male writing staff, and felt for a while as if she had shrunk.
Attended and graduated from Upper Darby High School in Upper Darby Township, Pennsylvania (1988).
Received her Bachelor's degree in drama from the University of Virginia in Charlottesville, Virginia (1992).
Recorded the voices for the British and German princesses for Williams' "Medieval Madness" pinball machine.
Is an alumna of the Famous Improv Olympic, along with actors Vince Vaughn, the late Chris Farley, Ossie Beck, Mike Myers, Amy Poehler and Adam McKay.
Close friends with fellow Saturday Night Live (1975) cast member Amy Poehler.
Is often compared to Nana Mouskouri, to whom she bears a striking resemblance. This may be due to both women's common Greek ancestry and the fact that they both have black-rimmed glasses as their trademark.
Born in Upper Darby, Pennsylvania, the same town in which Saturday Night Live (1975) alumna Cheri Oteri (a cast member when Fey was writing on SNL) grew up. They both had the same algebra teacher, although 20 years apart.
Rated the hottest woman in Afterellen.com's "2008 Hot 100 List", a compilation of 100 Hot women voted in by the LGBTQ community, up from seventh place in 2007. [June 2008]
Her daughters have both made cameos in her shows. Her elder daughter, Alice Richmond, appeared as a young Liz Lemon in 30 Rock: Mazel Tov, Dummies! (2012), and younger daughter Penelope Richmond appeared in Unbreakable Kimmy Schmidt: Kimmy Goes to the Doctor! (2015).

The cover story of New York Magazine this week is "Baby Panic". This goes perfectly with the other magazines on my coffee table - "Where Are the Babies?" (US), "Why Haven't You Had a Baby?" (People) and "For God's Sake Have a Baby" (Time). Thanks, Time magazine, this is just what I need - another article so depressing that I can actually hear my ovaries curling up.
Prostitutes in Lyons, France, sent a fax to the government to complain that they are losing business to Eastern European women who are protected by the Albanian mafia. Okay, first of all, how rough-looking are these French prostitutes that all their customers are running to the Albanians? Secondly, why did they send a fax, and from whence? Do they have a fax machine in the whorehouse, or did they all trundle down to Kinko's - "You fax these, I'll let you shave me." Thirdly, how come French whores know how to work a fax machine, but every time I try to use it, I hit Powersave, or I forget to dial 9? This just proves what my boyfriend always says - that I am dumber than a French whore.
[on her six-week maternity leave] I had to get back to work... NBC has me under contract; the baby and I only have a verbal agreement.
[on Matthew McConaughey] He was always taking his shirt off, he's like "Yeah, here's my deal, I'm hot." We had a meeting one day at like 11 o'clock, right before the show and he walks into the meeting shirtless wearing this like old musty sarong... He doesn't smell great, no.
[on Paris Hilton] She's a piece of shit. The people at [Saturday Night Live (1975)] were like, "Maybe she'll be fun, maybe she won't take herself so seriously." She takes herself so seriously! She's unbelievably dumb and so proud of how dumb she is. She looks like a tranny up close... Also, you would walk down the hall and find what just looked like nasty wads of Barbie hair on the stairs... Her hair is like a Fraggle.
[on the idea of future Sarah Palin skits on Saturday Night Live (1975)] I want to be done playing this lady Nov. 5. So, if anybody can help me be done playing this lady Nov. 5, that would be good for me.
[on her resemblance to Sarah Palin] I was resistant to acknowledge there was a resemblance. But my kid saw her and said, "That's Mommy", so I thought, "Oh, great.".
Mary Tyler Moore was a working woman whose storylines were not always about dating and men. They were about work friendships and relationships, which is what I feel my adult life has mostly been about.
[on first drawing up 30 Rock (2006)] We wanted to make sure that everything we did with Liz Lemon rang true on some level - to me or to one of the other women in the room. And we did kind of know we were going into her as... well, as the opposite of a Sex and the City (1998) character. She's not about wish fulfillment or fantasy. I personally am a big fan of SATC - but it's pretty and it's fun to watch, like candy. One is a fairy tale, and the other is a grim fairy tale. I do really enjoy Sex and the City (1998) in spite of what I just said. I think I identify with Miranda. The redhead lawyer. I enjoyed her story lines most.
I had a great time doing [Sarah Palin] but it was one of the strangest things that's ever happened to me. You can grow up thinking, "I want to be on Saturday Night Live (1975) one day" or "I want to be in a movie someday", but you never think, "I hope there's a politician who looks just like me." So much of everything I've ever done has come out of hard work and just hanging in there, being the last one standing at the bar - and then to have that fall in my lap was just crazy. Having done plays in Chicago for two actors and then all of a sudden people are just saying, "Yes! Put the outfit on! You can say whatever you want!".
I studied the usual acting methods at college - Stanislavsky and whatnot but none of it really clicked for me. At the Second City, I learnt that your focus should be entirely on your partner. Suddenly, it all made sense.
Stepping into the Saturday Night Live (1975) studio for the first time was momentous. The only equivalent would be doing The Tonight Show with Jay Leno (1992) - stepping into the show that I grew up watching. And it has a live audience. Even with a taped audience, you can get them jacked up and they know it's their job to pretend they like it. But especially in New York, that live audience is a real proving ground. 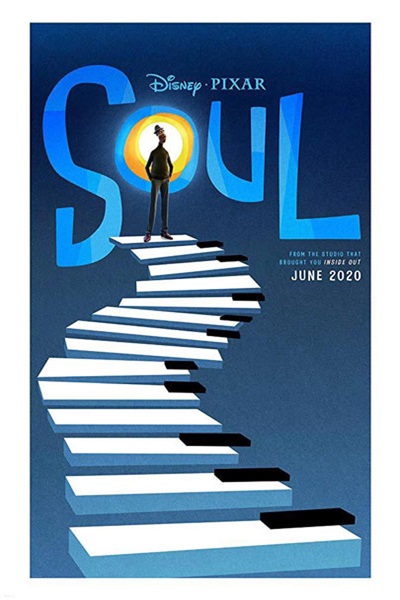