Born in south Mumbai, Kapoor is the second son of film director and actor Raj Kapoor. He did his schooling with his brothers at Campion School,Mumbai. His brothers are well-known actors, Randhir Kapoor and Rajiv Kapoor.

Rishi Kapoor debuted in his father's 1970 film Mera Naam Joker, playing his father's role as a child. Rishi Kapoor had his first lead role opposite Dimple Kapadia in the popular 1973 film Bobby which became an instant hit among youngsters. He made a popular pairing with future wife Neetu Singh in 1974-1981 but the pair was successful only in multi-star cast films as films with Rishi as main lead like Zehreela Insaan,Zinda Dil,Doosara Aadmi, Anjane Mein, Jhoota Kahin Ka, Dhan Daulat were box office flops.Rishi Neetu pair was successful in multi star films like Khel Khel Mein, Kabhie Kabhie, Amar Akbar Anthony,Pati Patni Aur Woh, Duniya Meri Jeb Mein.The only solo hit of the Rishi Neetu was Rafoo Chakkar. Rishi Kapoor got 51 films as the solo lead hero from 1974-1997 but of them 40 were box -office flops and managed only 11 hits - which were Bobby, Laila Majnu,Rafoo Chakkar, Sargam, Karz, Prem Rog, Nagina, Honeymoon, Banjaran, Heena and Bol Radha Bol.So he was offered the role of playing younger brother to lead heroes in multi star-cast movies from 1977-1994.Rishi Kapoor did 41 multi star cast films from 1976-2000 where Rishi was casted as 2nd or 3rd lead hero and of them 16 were flops and 25 were hits. He was often offered the role of playing younger brother to main lead heroes in the multi hero films he did where his character would be a romantic one and the story would revolve on the main lead hero of the film.In 90's his 2 hero films Deewana,Damini and Eena Meena Dika were a success. He got the plum lead hero roles in two-hero films only few times like in Hum Kisi Se Kum Nahin, Badalte Roshtey, Aap Ke Deewane, Saagar then in 90's with Chandni, Deewana(1992), Damini(1993) and Gurudev (1994); otherwise in the 2 hero films Rishi did in late 70's and through-out 80's, it was his other co-star whose character over-shadowed his and the other co-star was appreciated more like in case of Katilon Ke Kaatil, Coolie, Sitamgar, Zamana. After several box office failures from in 1990s, he eventually moved on to supporting roles in the 2000s. In 1999 he directed the film Aa Ab Laut Chalen.His last film as a romantic lead was the 5 year delayed release Karobaar: The Business of Love (2000)which was unsuccessful. He has since then played supporting roles in films like Yeh Hai Jalwa, Hum Tum, Fanaa, Namaste London, Love Aaj Kal and Patiala House. He also appeared in the British films Don't Stop Dreaming and Sambar Salsa. He was paired with Neetu Singh in the film Do Dooni Chaar (2010). Rishi has acted in the movie Chintu Ji in which he plays himself.In 2012 he appeared in a villainous role in Agneepath and in the multi-starer Housefull 2 where he appeared with brother Randhir for the first time.

I landed in Bobby by default. There was a misconception that the film was made to launch me as an actor. The film was actually made to pay the debts of Mera Naam Joker. Dad wanted to make a love story and he did not have money to cast superstar Rajesh Khanna in the film.So story was converted to a teenage love story and I was cast. 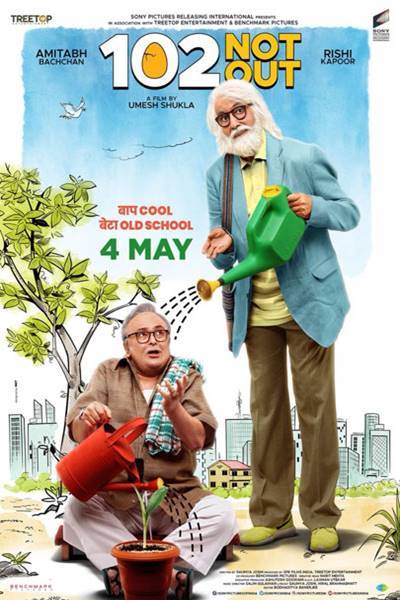