Mikael Persbrandt is internationally known for his starring role in the Academy Award winning foreign feature, "In A Better World," directed by Susanne Bier. His performance earned him a 2011 European Film Award nomination for Best Actor.

His interest in acting started when working as an extra in Ingmar Bergman's staging of William Shakespeare's "King Lear."

In the early 1990s, Mikael starred in a popular TV series, "Rederiet" ("The Shipping Company.") He has also starred in other series such as "Storstad," "Den vite riddare," "Anna Holt- Polis" and in "Medicinmannen." Mikael also has an extended theatre background and collaborated successfully with director Thorsten Flinck on several Swedish productions such as "Three Sisters" and "Death of a Salesman" at the Plaza Theatre, "Mr. Puntila and His Man Matti," "The Good Person of Szechwan" and "Long Day's Journey Into Night" at the Royal Dramatic Theatre. Among his other appearances at the Royal Dramatic Theatre mention can be made of "Maria Stuart" (directed by Ingmar Bergman,) "Don Juan," "The Wild Duck," "Miss Julie" and recently "The Sea Gull."

In 1997, Persbrandt starred for the first time as the tough detective, Gunvald Larsson, the role that ultimately became his major break-through. "Beck" was not only a major hit in Sweden but in Germany as well - and now consists of 24 theatrical and television movies based on the characters created by authors Maj Sjöwall and Per Wahlöo.

Mikael's other work includes starring roles in the Swedish films "The Hypnotist", the "Hamilton" series, "Nagon annanstans i Sverige" (for which he received a 2011 Guldbagge nomination), "Stockholm East," and "Day and Night." He has starred in IFC Films' "Everlasting Moments," for which he earned the 2009 Guldbagge Award for Best Actor. In 2006, he earned Best Actor nominations for both the Bodil (Denmark) and Guldbagge Awards for his performance opposite Lena Olin in Simon Staho's "Bang Bang Orangutang." He also starred in Staho's "Day and Night," which won the Chicago International Film Festival's Silver Hugo Award for Best Ensemble Acting. In 2005, Mikael received the highly coveted Ingmar Bergman award from the Guldbagge Awards. Mikael previously received Guldbagge nominations for his performances in director Peter Possne's 2002 film, "Everybody Loves Alice," and director Bo Norgren's 1999 film, "Deathly Compulsion."

Engaged to Maria Bonnevie from March 1998 to 2003.
Test filmed for a role in The 13th Warrior (1999), but didn't get it.
Persbrandt filmed 259 days in 1997, something (for the obvious reasons) he's never going to do again, he says.
His favorite Hollywood actors are Robert De Niro, Al Pacino, Gary Oldman and Sean Penn. Actresses are Gena Rowlands and Jessica Lange.
Went to Los Angeles for an audition of John Woo's Windtalkers (2002), but the role later went to Peter Stormare.
In 2002, he was a guest at Ola Lindholm's show called Riktig Talkshow.
Visited the slums of Sao Paulo, Brazil, together with soccer player Zlatan Ibrahimovic for an organization supporting the children's rights.
Son, Igor Edgar Persbrandt Lundell, with girlfriend Sanna Lundell, was born May 6, 2006.
In his youth, he liked playing soccer and boxing. Although hanging around with his "tough" mates, he later started applied to the Academy of Ballet in 1983.
Lives in his house on Ingarö (a suburb outside of Stockholm).
Made his stage debut at the Kungliga Dramatiska Teatern in Stockholm (1984).
Visited former child soldiers in Liberia for a Swedish UNICEF campaign against the exploitation of children (2004). 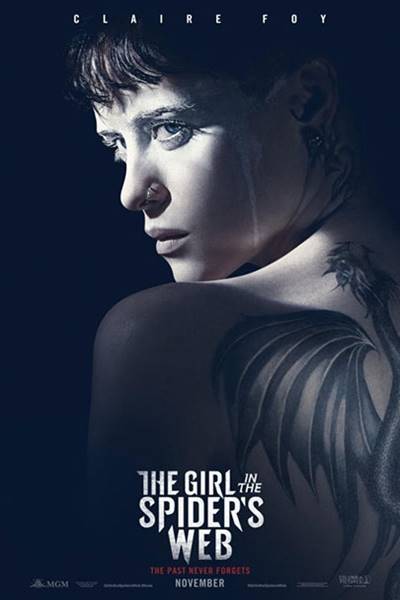