Keaton was born Michael John Douglas on September 5, 1951 in Coraopolis, Pennsylvania, to Leona Elizabeth (Loftus), a homemaker, and George A. Douglas, a civil engineer and surveyor. He is of Irish, as well as English, Scottish, and German, descent. Michael studied speech for two years at Kent State, before dropping out and moving to Pittsburgh. An unsuccessful attempt at stand-up comedy led Keaton to working as a TV cameraman in a cable station, and he came to realize he wanted to work in front of the cameras. Keaton first appeared on TV in several episodes of Mister Rogers' Neighborhood (1968).

He left Pittsburgh and moved to Los Angeles to begin auditioning for TV. He began cropping up in popular TV shows including Maude (1972) and The Mary Tyler Moore Hour (1979). Around this time, Keaton decided to use an alternative surname to remove confusion with better-known actor Michael Douglas. After reading an article on actress Diane Keaton, he decided that Michael Keaton sounded good. His next break was scoring a co-starring role alongside Jim Belushi in the short-lived comedy series Working Stiffs (1979), which showcased his comedic talent and led to his co-starring role in Night Shift (1982). Keaton next scored the lead in the comedy hits Mr. Mom (1983), Johnny Dangerously (1984) , Gung Ho (1986), the Tim Burton horror-comedy Beetlejuice (1988), and The Dream Team (1989).

When he realized he needed to change his name to join the union, he was in the K's for surnames and thought it inoffensive so chose Keaton. It is a misconception that it was after Diane Keaton.
Was in a relationship with Courteney Cox from 1989-95.
Has a home in Pacific Palisades (CA) plus ranches in Santa Barbara (CA) and Montana. The 1000-acre Montana ranch, where he grows hay and raises cattle, features a four-bedroom cedar-and-stone ranch house.
Tim Burton cast him in the title role of Batman (1989) because he thought that Keaton was the only actor who could believably portray someone who has the kind of darkly obsessive personality that the character has. There was a great deal of fan anger over his selection, forcing the studio to release an advance trailer both to show that Keaton could do the role well and that the movie would not be a campy parody like the television series Batman (1966).
Attended and graduated from Montour High School in Robinson Township, PA.
Is the youngest of seven siblings. Has three brothers and three sisters.
Has one son with ex-wife Caroline McWilliams: Sean Douglas (born May 27, 1983).
Decided to change his name when he began acting because there was already a Michael Douglas in movies and a Mike Douglas in broadcasting. While he uses a stage name, he has never legally changed his name to Michael Keaton.
Was the first of only three actors to reprise the role of Batman in major, live-action films (Batman (1989)/Batman Returns (1992). Adam West did only one movie (Batman: The Movie (1966)) as Batman (along with the live-action TV series Batman (1966) and voice-work) and Kevin Conroy has only done voice-work as Batman. Christian Bale is the second actor to play the role more than once with (Batman Begins (2005) followed by The Dark Knight (2008) and for a third time in The Dark Knight Rises (2012)). Most recently, Ben Affleck has appeared in Batman v Superman: Dawn of Justice (2016), Suicide Squad (2016) and Justice League (2017).

[after interviewer Michael Parkinson commented on his birth name being Michael Douglas] Yeah, I had to change my name because there were two other actors registered at Equity with that name. One of them is doing quite well from what I understand, the other is making cheap porn movies--like Basic Instinct (1992).
[comparing making Batman Returns (1992) to the first Batman (1989) film] In some ways this one was harder, because I felt like I was doing an impersonation of myself. Which, aside from being nearly impossible, is really weird.
[on his decision not to reprise his role as Batman in Batman Forever (1995)] I was waiting in line for another movie and just kind of poked my head in . . . watched about 10 minutes. I saw enough to know that I made the right decision.
[When asked what he thought of Batman Begins (2005) before its release] My prediction, I don't know anything about it, but I feel this way about it. It's gonna be good, because he's a really good actor [Christian Bale] and that's a really good director [Christopher Nolan]. And they've had years and years and years, and hundreds of millions of dollars, or at least tens of millions of dollars to figure it out. I say it's gonna be good. I picture it's gonna be good. And also, I swear to God it's not an "I told you so", it's maybe an interesting thing, that when I didn't like the third script . . . I just said "I really don't like this, and I don't want to do it", 'cause what I wanted to do, is what I'm told and I don't know if this is true yet so don't hold me to this until I see it, but I'm told it's more a prequel. And that was what I thought would've been a hip way to go the third time. This guy is so endlessly fascinating potentially, why not go and see how he got there.
[when asked if he was ever offered a villain role in a superhero film] No, but it would be fun. I don't think I'd take Jack's [Jack Nicholson] stance on it. I think it'd be fun because those are the roles where you get to chew it up. I'll always stand by the first "Batman". Even for its imperfections, people will never know how hard that movie was to do. A lot of that still holds up. 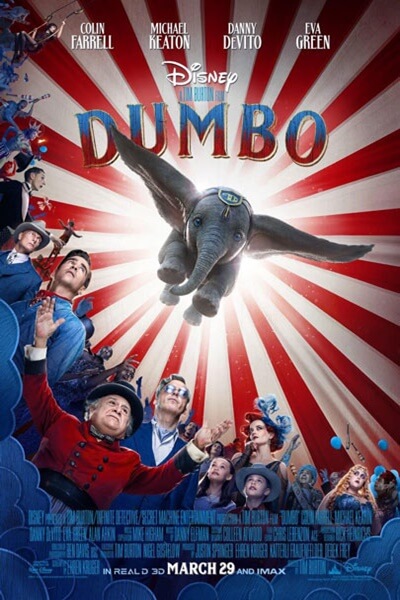