Joaquin Phoenix was born Joaquin Rafael Bottom in San Juan, Puerto Rico, to Arlyn (Dunetz) and John Bottom, and is the middle child in a brood of five. His parents, from the continental United States, were then serving as Children of God missionaries. His mother is from a Jewish family in New York, while his father, from California, is of mostly British Isles descent. As a youngster, Joaquin took his cues from older siblings River Phoenix and Rain Phoenix, changing his name to Leaf to match their earthier monikers. When the children were encouraged to develop their creative instincts, he followed their lead into acting. Younger sisters Liberty Phoenix and Summer Phoenix rounded out the talented troupe.

The family moved often, traveling through Central and South America (and adopting the surname "Phoenix" to celebrate their new beginnings) but, by the time Joaquin was age 6, they had more or less settled in the Los Angeles area. Arlyn found work as a secretary at NBC, and John turned his talents to landscaping. They eventually found an agent who was willing to represent all five children, and the younger generation dove into television work. Commercials for meat, milk, and junk food were off-limits (the kids were all raised as strict vegans), but they managed to find plenty of work pushing other, less sinister products. Joaquin's first real acting gig was a guest appearance on River's sitcom, Seven Brides for Seven Brothers (1982).

He worked with his brother again on the afterschool special ABC Afterschool Specials: Backwards: The Riddle of Dyslexia (1984), then struck out on his own in other made-for-TV productions. He made his big-screen debut as the youngest crew member in the interstellar romp SpaceCamp (1986), then won his first starring turn in the Cold War-era drama Russkies (1987). In the late '80s, the Phoenix clan decided to pull up stakes and relocate again--this time to Florida. River's film career had enough momentum to sustain the move, but Joaquin wasn't sure what lay in store for him in the Sunshine State. As it happened, Universal Pictures had just opened a new studio in the area and he was cast almost immediately as an angst-ridden adolescent in Parenthood (1989). His performance was very well-received, but Joaquin decided to withdraw from acting for a while--he was frustrated with the dearth of interesting roles for actors his age, and he wanted to see more of the world.

Took his mother to the premiere of Gladiator (2000).
Was born Joaquin Rafael, but at the age of four, he decided that he wanted a more earthy name, like his elder siblings River and Rain, so while he was raking leaves with his father he decided on Leaf. In early roles, he was credited as Leaf Phoenix. In the early 1990s, he took back his birth name.
Brother of River Phoenix, Rain Phoenix, Liberty Phoenix, & Summer Phoenix.
His first name is pronounced "Wha-keen".
Once refused to wear shoes during a photo shoot for Prada because they were made out of leather.
He is a strict vegan. He refuses to wear any costumes made out of animal skin. For the movie Gladiator (2000), Quills (2000) and Walk the Line (2005), among others, he requested that his "leather" costumes be made from synthetic materials.
Was born on same day, year and city as Dayanara Torres.
Resides in New York City in the same apartment building as best friend Casey Affleck and sister Summer Phoenix and director Gus Van Sant.
Took his mother to the Academy Awards (2001).
Joaquin's father, John Bottom, was born in California, to Beulah Ernestine (Ingram) and Robert Merrill Bottom. On his father's side, Joaquin has English, and distant German and French, ancestry. Joaquin's mother, Arlyn (Dunetz), was born in New York, to Margaret (Lefkowitz) and Meyer Dunetz, who were both the children of Jewish emigrants to the U.S. (from Russia on her father's side and Hungary on her mother's).
Is a celebrity spokesperson for People for the Ethical Treatment of Animals (PETA).
Became an uncle again after sister, Summer Phoenix, gave birth to Indiana Affleck (2004).
Uncle of Liberty Phoenix's children Rio Everest, Indigo Orion, & Scarlette Jasmine, and Summer Phoenix's son Indiana Affleck.
Contrary to popular belief, the scar on his lip is not the result of a repaired cleft lip or palate. It is simply a birth mark. Phoenix has stated in interviews that, while pregnant with him, his mother felt a sharp pain one day, and he was born with a mark on his lip.
Spoke Spanish as a small child but forgot most of this as he got older.
Reportedly never reads his own press or reviews.
Checked himself into rehab to be treated for alcoholism. [April 2005]
Phoenix is half a foot shorter than the real Johnny Cash was, although he plays him in Walk the Line (2005).
Phoenix has done his own vocals on the soundtrack for Walk the Line (2005).
On January 26, 2006, Phoenix was in a car accident on a winding canyon road that overturned his car. Shaken and confused, Phoenix heard a tapping on his window and a voice say, "Just relax". Unable to see the man, Phoenix replied, "I'm fine. I am relaxed". Then managed to see that the man was famed, eccentric German auteur Werner Herzog, and Herzog replied, "No, you're not". After helping Phoenix out of the wreckage, Herzog phoned in an ambulance and vanished. The crash reportedly was caused by brake failure.

I had a Catholic girlfriend but she wouldn't, uh, share loving.
After River's death, I felt like I was in an altered state. It took me over a year to get my life back.
I don't have the slightest desire to speak about my dead brother. It gets on my nerves to always be compared with him. My brother was a magnificent person and an outstanding actor.
[on living without older brother River] River and I would talk about being old, being in our 50s together, how it'd probably take us that long to get to work together. There was something gorgeous about us being old together. River will be missed - period. I mean now, more than ever I wish I could talk to him.
My significant other right now is myself, which is what happens when you suffer from multiple personality disorder and self-obsession.
[on relationship with Liv Tyler] What can I say? We hit it off immediately. She's a darling. I've said it over and over again. She's just very real, right there, never like a movie star. She's so genuine, and she doesn't take herself too seriously. It shows in the work she does that her honesty stands out most.
[on relationship with Liv Tyler I'm a great believer in people coming into your life, and you into theirs, for a reason. And I know that when Liv and I met, it was for a reason - I really needed her and she really needed me. And at a certain point, I think we stopped evolving with each other, stopped progressing, and made a very mature decision to move on, even though there was still a great love there. There's no one gossipy thing that I can share. I'm thankful that we had the time we had.
[on relationship with Liv Tyler] I was in awe. Every once in a while you find an actor that, with one word, can sum up eight different emotions. She absolutely nailed that.
I'm not the indie kid, and I'm also not the John Grisham novel hero, but I am all of those things. I do whatever excites me at the time. I'll be in some huge $80 million buddy cop movie, I don't care, and I'll also do some wild independent movie. I refuse to have an agenda.
I don't know why I always get to play these guys who have few redeeming features. But don't knock it. Villains are much more fun.
As I'm reading a script, I start to see the character. I always seem to do something to my hair. A lot of stuff I do for a part, people don't even notice, but I notice, and it makes the character whole for me.
The reason I keep making movies is I hate the last thing I did. I'm trying to rectify my wrongs.
I go into movies thinking, we're performing, but with interviews, we're pretending to be completely real. I just can't get my head around it. And the things we say in this hour could permanently shape our personas. I mean, tell me that's not a little odd! And because I think that's odd, people think I'm odd. And that's strange. Know what I'm saying?
I enjoy humour more than anything, I don't really sit around banging my head and crying all the time. 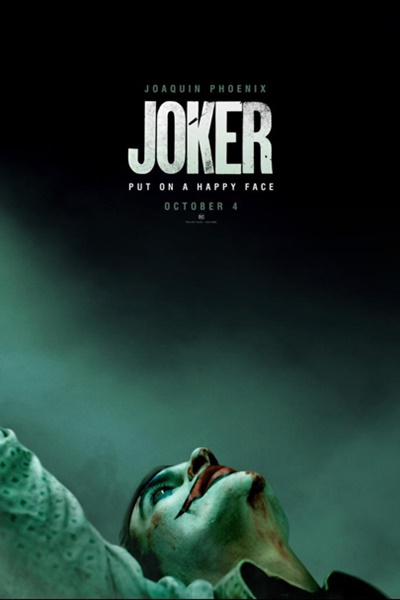