Jacob Benjamin Gyllenhaal was born in Los Angeles, California, to producer/screenwriter Naomi Foner (née Achs) and director Stephen Gyllenhaal. He is the brother of actress Maggie Gyllenhaal, who played his sister in Donnie Darko (2001). His godmother is actress Jamie Lee Curtis. His mother is from a Jewish family, and his father's ancestry includes Swedish, English and Swiss-German.

At the age of eleven, Gyllenhaal made his movie debut in the comedy-drama City Slickers (1991), playing Billy Crystal's character's son. He made an impact in various films in the late 1990s and early 2000s, in films such as the period drama October Sky (1999), his breakthrough performance, and as the title role in the psychological thriller Donnie Darko (2001), for which he received an Independent Spirit Award nomination for Best Actor, playing a psychologically troubled teenager. He followed this with roles encompassing many different genres, including the comedy film, the Disney romantic comedy Bubble Boy (2001); opposite Jennifer Aniston in another Sundance favorite, The Good Girl (2002), as a young man grieving the death of his fiancée in Moonlight Mile (2002), and in the science fiction blockbuster The Day After Tomorrow (2004), portraying a student caught in a cataclysmic climate event, opposite Dennis Quaid.

Making his theater debut, Gyllenhaal appeared on the London stage with a starring role in Kenneth Lonergan's revival of "This Is Our Youth". The play was widely-received and played for eight weeks in London's West End. Gyllenhaal followed his successful theater en devour with a role in Jarhead (2005), playing Anthony "Swoff" Swofford, an aggressive and masculine but equally vulnerable and sensitive Marine during the Gulf War, and Proof (2005), as Gwyneth Paltrow's love interest. However, it was his follow-up performance that won critical acclaim in Brokeback Mountain (2005), in which he co-starred with Australian actor Heath Ledger, as sheep herders who fall in love in the 1960s and depicts their relationship over the 1960s, 1970s and early 1980s.

For his role as Jack Twist, Gyllenhaal received critical acclaim and won the BAFTA Award for Best Actor in a Supporting Role and was nominated for the Screen Actors Guild Award for Outstanding Performance by a Male Actor in a Supporting Role, the Satellite Award for Best Supporting Actor - Motion Picture, and the Academy Award for Best Supporting Actor. Since then, he has acted in a wide range of movies, ranging from the critically-acclaimed thriller, Zodiac (2007), the drama Brothers (2009), playing opposite Tobey Maguire as the title siblings, in the action adventure film, Prince of Persia: The Sands of Time (2010), sporting a bulked-up physique, and the box office hit, Love & Other Drugs (2010), in which he teamed up with Anne Hathaway, once again, and for which he was nominated for a Golden Globe Award for Best Actor - Motion Picture Musical or Comedy.

In the 2010s, Gyllenhaal starred in several major films for which he received significant critical acclaim: science fiction thriller Source Code (2011), police drama End of Watch (2012), mystery Prisoners (2013), dark media satire Nightcrawler (2014), the boxing drama Southpaw (2015), and the dramedy Demolition (2015). For Nightcrawler, he was nominated for the Golden Globe Award for Best Actor - Motion Picture Drama, the Screen Actors Guild Award for Outstanding Performance by a Male Actor in a Leading Role, and the BAFTA Award for Best Actor in a Leading Role.

Son of director Stephen Gyllenhaal and screenwriter Naomi Foner. Younger brother of Maggie Gyllenhaal. His godmother is Jamie Lee Curtis and godfather is cinematographer, Robert Elswit.
Attended and graduated from Harvard-Westlake School in Los Angeles, California. [June 1998]
Jake's father has English, Swedish, Swiss-German, German, Scottish, and distant Welsh and French, ancestry. Jake's mother's family is Jewish (from Poland and Latvia).
His fans refer to themselves as "Gyllenhaalics".
He was awarded the 2002 London Evening Standard Theate Award for Outstanding Newcomer for his performance in "This is Our Youth" at the Garrick Theatre in London, England.
Was set to play Spider-Man in Spider-Man 2 (2004) due to Tobey Maguire having injured his back while filming Seabiscuit (2003). While Gyllenhaal was preparing for the role, Tobey recovered to reprise his role as Spider-Man.
Attended high school with Freaks and Geeks (1999) star Jason Segel and Ayda Field.
Was named one of People magazine's 50 Hottest Bachelors [2004].
Close friends with Natalie Portman and Bryce Dallas Howard.
Attended elementary school with band members of Maroon 5.
On Phantom Planet's album "The Guest", lead singer Alex Greenwald lists him in his thank yous. Alex appeared with Jake in Donnie Darko (2001).
His favorite book is "To Kill a Mockingbird", and he has two dogs, Atticus and Boo named after characters in the novel.
Auditioned for and was one of the top contenders for the role of Batman/Bruce Wayne in Batman Begins (2005).
Before success as an actor, he worked as a lifeguard. He never had any life-saving incidents, but did perform one lesser rescue. A swimmer had been stung on the leg by a jellyfish, and Gyllenhaal helped relieve the pain of the stings by urinating on the swimmer's leg.
Although they broke up in July 2004, he and Kirsten Dunst had an on and off relationship up until 2006.
Gained five pounds of muscle for his role in Jarhead (2005).
When asked who his idols are, he said Anthony Quinn, Paul Newman, Sean Penn, Bruce Springsteen and Bono.
Spent two years at Columbia University, where one of his professors was Robert Thurman, Uma Thurman's father.
Godfather of Matilda Ledger, born October 28, 2005 (daughter of actor Heath Ledger and actress Michelle Williams.
Was among the guests at Jessica Simpson's 25th birthday party on July 10, 2005.
He gave Kirsten Dunst a gray and white kitten for her birthday. She named the cat Sophie.

[1999] Being a star doesn't last. That's not what life should be about. It's a complete illusion that really has nothing to do with you. For me, finding out about life is the most important thing.
[on the one role that got away] I'd have to say Ewan McGregor's part in Moulin Rouge! (2001). It was so close. I sang and everything. I went through months of auditions. It was between me, Heath Ledger and Ewan. I think it came down to age and where people were in their careers. I was the youngest and the least known. I would hope it didn't have anything to do with talent. Maybe it did.
I admire actors and artists who devote just as much time to their life as they do to their work.
In a perfect world, I would love to do one play for every three movies.
The truth is most of the films that make a lot of money no one remembers, and I'm not interested in making films that no one remembers.
Coming from a family where my mom is a writer, I just respond to how people speak.
[on the stages of fame in Hollywood] First, it's "Who is Jake Gyllenhaal?", then it's "Get me Jake Gyllenhaal", then "Get me someone who looks like Jake Gyllenhaal", and then "Who is Jake Gyllenhaal?". Right now, I'm between "Who is Jake Gyllenhaal? and "Get me Jake Gyllenhaal".
Some movies you fall a step behind and some you stay in the same place, make the same choices. And then sometimes there are people who know more than you but show you, and that's the maximum you can hope for - doing that with someone who says, "I like you for what you are, and I want you to be in my picture." I didn't have to fake it or put on a mask - all the resources I had inside me were more than adequate. I don't want to pretend to be something ... I'm not pretending any more to fit somebody's mold. That's a long-winded statement but - why not do what you really think, even if it's a mistake?
You know, it's flattering when there's a rumor that says I'm bisexual. It means I can play more kinds of roles. I'm open to whatever people want to call me. I've never really been attracted to men sexually, but I don't think I would be afraid of it if it happened. (December 2005)
[on filming Brokeback Mountain (2005)] I fooled around with Heath Ledger and Michelle Williams got pregnant. 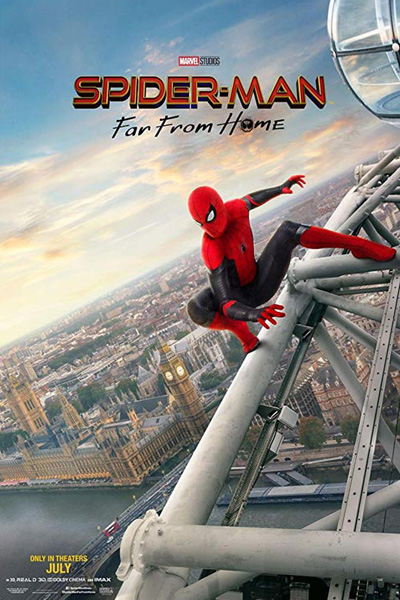