Eva Longoria was born in Corpus Christi, Texas, to Ella Eva (Mireles) and Enrique Longoria, Jr. The youngest of four sisters who grew up in a Mexican-American family on a ranch near Corpus Christi, Longoria attended Texas A&M University-Kingsville, where she received a Bachelor of Science degree in Kinesiology. After graduating from college, she entered a talent contest that brought her to Los Angeles, where she was spotted and subsequently signed by a theatrical agent. After landing roles on The Bold and the Beautiful (1987), General Hospital (1963) and co-starring on Beverly Hills, 90210 (1990), she auditioned for and won the role of "Isabella" on the popular series, The Young and the Restless (1973). After Y&R, Eva became well known worldwide thanks to Desperate Housewives (2004), where she played a main character, Gabrielle Solis. She also has a contract with L'Oreal and has been named one of the most beautiful people. A passionate advocate of education she founded The Eva Longoria Foundation which helps Latinas build better futures for themselves and their families through education and entrepreneurship and earned a Masters in Chicano Studies presenting her thesis on "Success STEMS From Diversity: The Value of Latinas in STEM Careers." Eva has also contributed writing to publications on the subject of education.

Attended Texas A&M University-Kingsville, where she received her Bachelor of Science degree in kinesiology (the study of anatomy, physiology and body movement).
Was Miss Corpus Christi USA 1998
Her parents are both of Mexican ancestry. A DNA test performed on the show Faces of America with Henry Louis Gates Jr. (2010) found her to be of 70% European, *27% Asian/Indigenous, and *3% African, ancestry.
Signed up to be the current L'Oreal image for 1 million pounds (2005).
Is the only one among her parents' children to have dark skin, dark eyes and dark hair. Her three sisters all have fair hair, blue eyes and Caucasian skin color. Eva thought for a long time that she was adopted because of her features.
Was named one of the "50 mas bellos" (50 most beautiful people) by People en Español (2005).
Was a dancer with The Pussycat Dolls.
Ranked #3 on E!'s "50 Steamiest Southern Stars".
Her father was a hunter and she has been practicing shooting her entire life.
Celebrity spokesmodel for Hanes (2005).
(August 18, 2005) Accidentally hit on the head by a falling pole on the set of her series Desperate Housewives (2004) and was unconscious for four minutes. Taken to a hospital, treated for a bump on the head and released.
Currently resides in Los Angeles, California.
Was on the cover of the 100th edition of Maxim magazine. [September 2006]
Ranked #38 in FHM magazine's "100 Sexiest Women in the World 2005" special supplement.
She is considered a fluent Spanish speaker, though when interviewed in English by Spanish television, she was not able to answer fluently in Spanish.
Daughter of Enrique Longoria Jr. (born in Rachal, Brooks County, Texas) and Ella Eva Mireles, married in Falfurrias, Brooks County, Texas.
She has three older sisters: Elizabeth Judina, Emilia "Emily" Jeannette (b. August 19, 1969, formerly Mrs. David Brown, now Mrs. Dennis Blevins), and Esmeralda Josephina (b. November 7, 1972); and two nieces: Briella Megan Blevins and Bethany Mikaela Blevins.

[on how she got the role as Gabrielle Solis on Desperate Housewives (2004)] As soon as I read the script, I knew it was pretty special. The creator of the show asked what I thought of the writing as a whole. I told him I had no idea because I'd only read my part. He laughed and told me I'd got the job. He thought my answer was completely Gabrielle.
I didn't really blossom until my mid teens and by that time I had to work on my personality to make people like me. I found it easy to make people laugh and I was always pretty popular.
I love being a woman. I love the sexiness we get to exude. But the best thing about being a woman is the power we have over men.
I love men, I love being in love and having romantic dates. I love learning, I'm like a sponge.
[on going out on a date] I'm a fabulous date, I make sure I look good, I like hearing what a guy has to say and I make sure the evening is a real laugh. I like to laugh.
I'm a late bloomer, my looks came pretty late and success happened at the age of 30. But I'm pleased about things not coming to me immediately because it makes you appreciate it when you finally get it.
I'm definitely no Bridget Jones. I don't believe in that whole "oh there are no decent men out there" thing. Get real girls - there are loads of gorgeous guys on every street corner.
I'm totally blown away by the success of Desperate Housewives (2004). Goals focus you, but dreams have power.
[on her success from Desperate Housewives (2004)] It literally did happen overnight.
[on wearing the "I'll have your baby Brad" T-shirt] That whole T-shirt thing was just a bit of a joke. I did it for a laugh. I never expected my picture to be on the front pages of newspapers and magazines all over the world. It was just something me and my girlfriends thought was funny.
I do like British guys. If I had to pick one it would be Ewan McGregor. I met him once and he was gorgeous even if he is a little short. He has the most amazing charisma.
It would be nice to go out on a date with Brad Pitt but I'm not going to cry about it. There are plenty of other guys out there.
I don't agree with all the boundaries we put on everything. Women are forever discounting men for all sorts of silly reasons - too old, too young, wrong haircut. Give the guy a chance and he may surprise you. I've definitely been pleasantly surprised by my choices and I've always had plenty of choice. 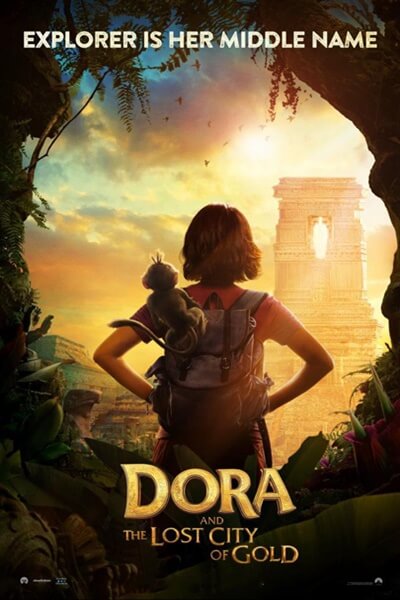