Unlike her contemporaries, who went on a strict diet regime to shed those extra kilos, Dum Laga Ke Haisha actress Bhumi Pednekar says she never starved herself to get rid of her fuller figure. According to a PTI report, the Mumbai-born actress, who lost 27 kg since last December, said she thoroughly enjoyed her weight loss journey. "The journey of shedding weight was tough but the only good thing was it did not take a toll on my health. It was all natural and planned. It didn't affect me mentally, which generally happens. But I did have to do a lot of hard work. It was a fun process for me. I really enjoyed doing it. There wasn't any day when I was missing on anything because I was taking the fat-free version of it," she said.
Yash Raj Films can be credited for sourcing and promoting promising new talent in the industry with their films. Continuing the tradition, Yash Raj Films has once again launched a new face with their latest release, Dum Laga Ke Haisha. Bhumi Pednekar marks her entry in Bollywood with this film where she is paired opposite Ayushmann Khurrana. While it remains to be seen how her career shapes up in Bollywood, read on to know some interesting facts about the actress.
Apparently actress Rani Mukerji, who is married to YRF's head honcho, Aditya Chopra, was also impressed with Bhumi's acting chops. According to a report on Businessofcinema.com, Rani Mukerji had seen a few parts of the film and was impressed with Bhumi's on-screen presence and confidence. The report further stated that Rani wanted to personally meet Bhumi to congratulate her for the manner in which she had handled the role.
According to a report Bhumi had auditioned for the lead role at least 100 times. The report further stated that Bhumi was an active part of the auditions for Dum Laga Ke Haisha and had auditioned 100 girls for the role before auditioning for the same herself. Finally, she was shortlisted to play the lead by director Sharat Kataria.
Bhumi Pednekar has been a part of the industry since a long time now and it is interesting to watch her pair up with the handsome hunk, Ayushmann Khurrana in her very first film. The aspiring actress seems to be rather quirky when it comes to the films she watches. According to a report on Indiatoday.in, Bhumi Pednekar has watched Kamaal R Khan's film, Deshdrohi, almost 100 times. 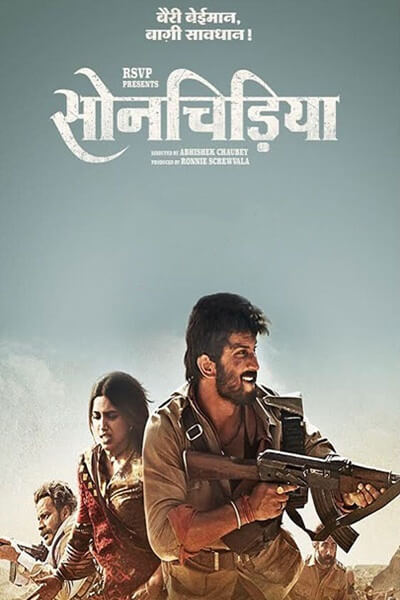