Amrinder Singh Gill is a Punjabi singer, songwriter, actor and film producer. He started his singing career in 2000 with the album "Apni Jaan Ke". Gill was raised in Boorchand, Amritsar, Punjab. He has studied at Khalsa College, Amritsar. He received master's degree in agriculture science. He is an alumnus of Guru Nanak Dev University. During college, he performed Bhangra dance as a support artist for personalities like Sarbjit Cheema. Before starting his singing career, he worked in the Ferozepur Central Cooperative Bank as a Manager.

He made his acting debut under Punjabi Director Manmohan Singh's super hit Punjabi Film Munde UK De in 2009 in a supporting role with Jimmy Shergill and Neeru Bajwa. He followed that up with a lead role in Manmohan Singh's Ik Kudi Punjab Di. His next film Taur mittran Di for Jimmy Shergill productions released in May 2012, it paired him with actress Surveen Chawla and MTV VJ and Bollywood actor Rannvijay Singh. It Opened to a below average response, it had the seventh highest opening day in Punjabi Films. His next movie was Tu Mera 22 Main Tera 22 which pairs him with Punjabi rapper Honey Singh and actress Mandy Takhar.

After that he was seen in Saadi Love Story that co starred Diljit Dosanjh, Neeru Bajwa and Surveen Chawla and was directed by Dheeraj Rattan who's written several films for of Punjabi Cinema. He then worked in Daddy Cool Munde Fool in the same year for which he was applauded both by critics and masses. His 2014 hit, Goreyan Nu Daffa Karo also earned him praise. However, his best performance so far, is considered to be Angrej - 2015 which has cemented Amrinder Gill's performance as a terrific actor in the industry. Critics as well as masses have given rave reviews about this film. His latest release, Lahoriye (released in 2017) and Love Punjab were declared blockbusters which further made him the leading star in Pollywood and garnered praise from both critics and audiences. 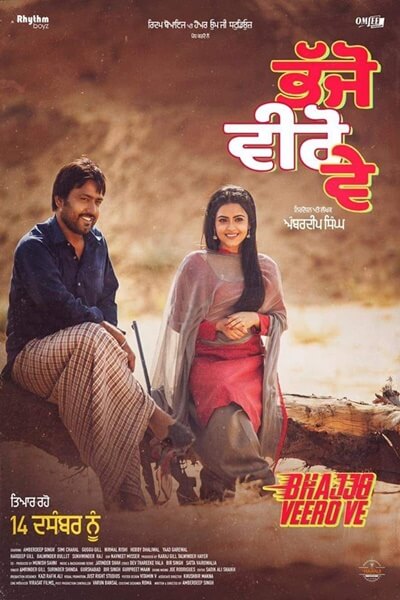