Malek has acted in supporting roles for other film and television series such as Night at the Museum trilogy, Fox comedy series The War at Home (2005-2007), HBO miniseries The Pacific (2010), Larry Crowne (2011), Paul Thomas Anderson's The Master (2012), The Twilight Saga: Breaking Dawn - Part 2 (2012), the independent film Ain't Them Bodies Saints (2013) and the dramatic film Short Term 12 (2013). He was also in the video-game Until Dawn (2015) as Joshua "Josh" Washington. Malek is set to portray musician Freddie Mercury in the upcoming biographical drama Bohemian Rhapsody (2018).

Rami Said Malek was born in Los Angeles, to an Egyptian Coptic Orthodox family. His late father was a tour guide in Cairo who later sold insurance. His mother is an accountant. Malek was raised in the Coptic Orthodox faith. Malek has an identical twin brother named Sami, younger by four minutes, who is a teacher, and an older sister, Yasmine, who is a medical doctor. Malek attended Notre Dame High School in Sherman Oaks, California, where he graduated in 1999 along with actress Rachel Bilson. Malek attended high school with Kirsten Dunst, who was a grade below and shared a musical theater class with him. He received his Bachelor of Fine Arts degree in 2003 from the University of Evansville in Evansville, Indiana.

In 2004, Malek began his acting career with a guest-starring role on the TV series Gilmore Girls. That same year he voiced "additional characters" for the video game Halo 2, for which he was uncredited. In 2005, he got his Screen Actors Guild card for his work on the Steven Bochco war drama Over There, in which he appeared in two episodes. That same year, he appeared in an episode of Medium and was cast in the prominent recurring role of Kenny, on the Fox comedy series The War at Home. In 2006, Malek made his feature film debut as Pharaoh Ahkmenrah in the comedy Night at the Museum and reprised his role in the sequels Night at the Museum: Battle of the Smithsonian (2009) and Night at the Museum: Secret of the Tomb (2014). In the spring of 2007, he appeared on-stage as "Jamie" in the Vitality Productions theatrical presentation of Keith Bunin's The Credeaux Canvas at the Elephant Theatre in Los Angeles.

Since 2015 he has played the lead role in the USA Network computer-hacker, psychological drama Mr. Robot. His performance earned him nominations for the Dorian Award, Satellite Award, Golden Globe Award, and Screen Actors Guild Award, as well as wins in the Critics' Choice Television Award for Best Actor in a Drama Series and Primetime Emmy Award for Outstanding Lead Actor in a Drama Series.

Received his BFA from the University of Evansville.
Raised in Los Angeles.
He has an identical twin brother named Sami.
Is good friends with Bassam Habib .
Graduated from Notre Dame High School in Sherman Oaks, Los Angeles, in June 1999. Two of his classmates were Rachel Bilson and Taylor Fry. Kirsten Dunst graduated from the same school a year later, and Katharine McPhee graduated three years after Rami.
His parents are Egyptian. He has also said that he has "an eighth Greek" ancestry.
Went to high school with and once dated His Mr. Robot co-star Christian Slater's step-sister Emily.
Went to high school with Kirsten Dunst, where he was a year ahead. They had a musical theatre class together.
His late father was a tour guide in Cairo and later sold insurance. His mother is an accountant.
Received his Bachelor of Fine Arts degree in 2003 from the University of Evansville in Evansville, Indiana.
Raised in the Coptic Orthodox faith.
Has also an older sister, who is a medical doctor.
His identical twin brother Sami, who is younger by four minutes, is a teacher.
Attended the worldwide Women's March protest, while he was in Paris, France.

I'm very fortunate to have the privilege of working with directors like Bill Condon and Paul Thomas Anderson, who I think is one of the greatest filmmakers of our time.
Being on a Paul Thomas Anderson film, the best decision an actor can make is to listen to Paul Thomas Anderson. Because he's probably not going to steer anyone in the wrong direction. I would always say go with your gut on any other movie set, but with Paul, I would say go with Paul's gut.
All you 'Twilight' fans, can't thank you really enough for being so supportive. You're real cool people.
There's fears in everyone's job. Ours are in the limelight, and people think we're incredibly privileged or nuts to do what we do for a living.
Mara Casey gave me my first job. I saw something online, and it was for a part in a Gilmore Girls (2000) episode, and I thought I was right for it.
I used to spend a lot of time alone as a kid, creating characters and doing voices in my room, and I thought to myself, I'm either going to go absolutely nuts, or I'm going to find something to put that energy into.
Of course I would never compare myself to someone who actually went through a war, but I definitely matured shooting The Pacific (2010). I'm more calm and I have more patience.
My sister is an ER doctor, and my brother is a teacher.
I would say The Master (2012) was one of the most inspiring things I've ever got to work on.
'Twilight' fans are different. They're very civil with one another. It's a respect because they're all in this together and they all appreciate the same things. 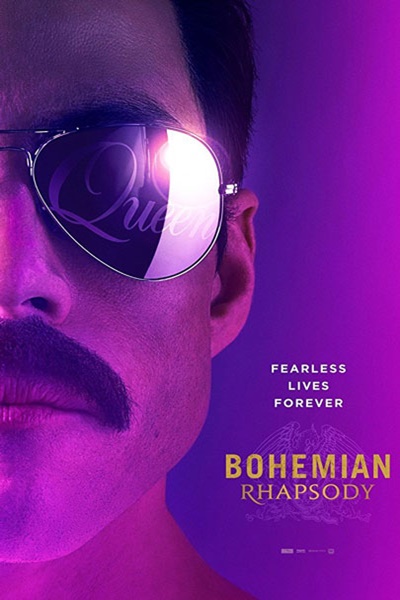